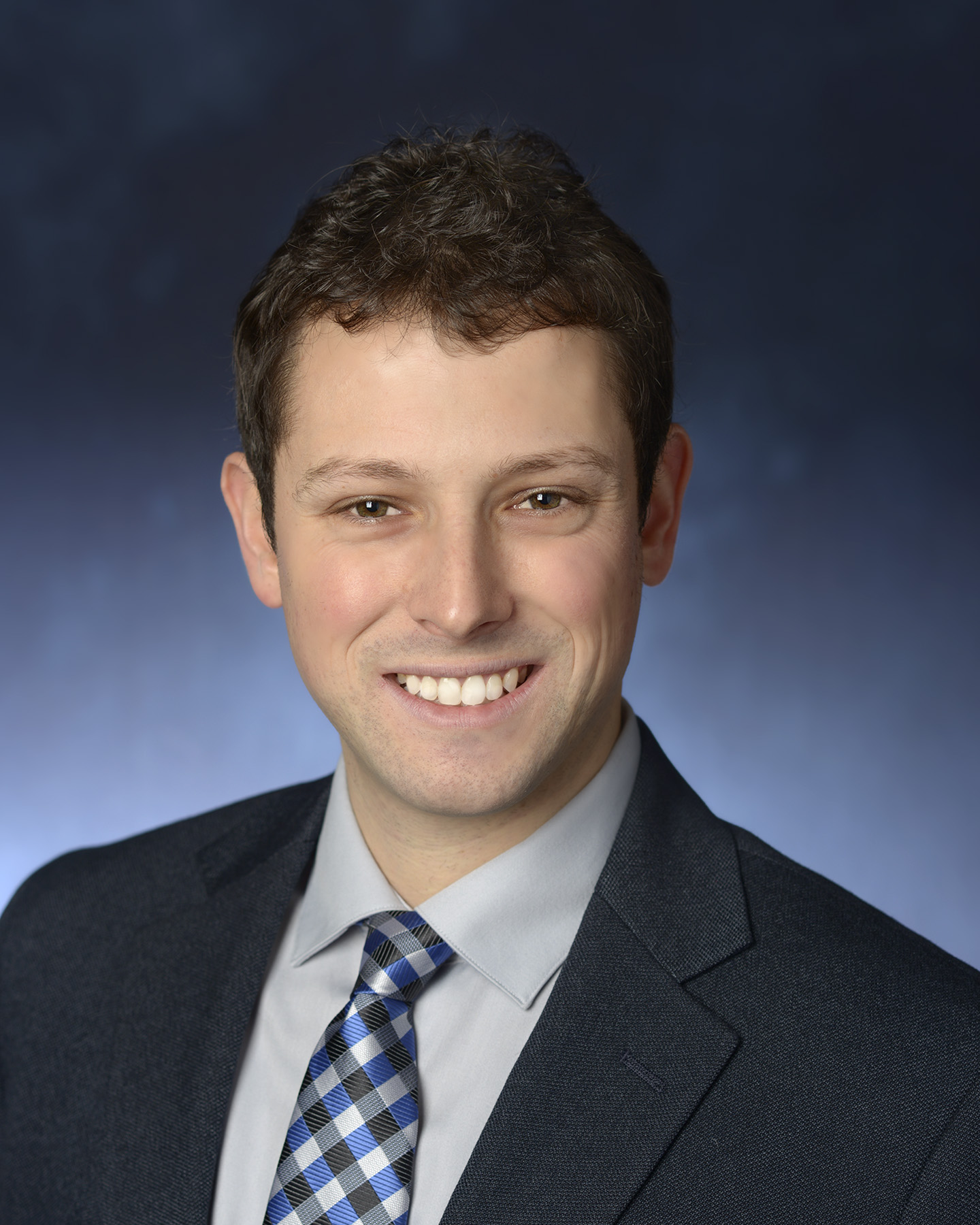 At the December 10, 2019 Council meeting, Reuben D. Holober was sworn in as Mayor. Reuben D. Holober was re-elected to the City Council in November of 2018 and was elected to the Millbrae City Council in 2013; he served as Mayor in 2017. He has served on the Council's Technology Subcommittee and Infrastructure Task Force, and as liaison to the Parks and Recreation Commission, Sister Cities Commission, Chamber of Commerce, and MCTV Board of Directors. Reuben has represented Millbrae regionally on the Peninsula Traffic Congestion Relief Alliance Board, San Mateo County Library Joint Powers Authority, and Caltrain Local Policy Makers Group.

Reuben grew up in Millbrae and attended local public schools, including Mills High School. He served on the Sister Cities Commission and interned for Representative Tom Lantos. Reuben earned a Bachelor’s Degree from the University of Washington and a Master’s Degree in Public Policy from University of California, Berkeley. Reuben currently works as a Budget and Legislative Analyst for the City and County of San Francisco, where he researches and analyzes policy issues and writes reports providing recommendations to the Board of Supervisors.

Ann Schneider has served on the Millbrae City Council since December 2015 and became Vice Mayor in 2020.  She represents Millbrae on the San Mateo County Emergency Services Council, City and County Association of Government’s (CCAG) Bicycle and Pedestrian Advisory Committee (BPAC), the SFO Noise Airport Roundtable where she Chairs the Ground Based Noise Ad Hoc Committee. She is Millbrae’s alternate to ABAG and Peninsula Clean Energy Board of Directors.  She serves as council liaison to Millbrae’s Cultural Arts and Community Enhancement advisory committees, and Council Fire and Budget sub-committees.  She also serves on the following Council sub-committees: Infrastructure & Climate Change, Fire Sharing, Budget, Bike Sharing, and Economic Development & Strategic Alliance with SFO.

Ann grew up in Millbrae attending Meadows Elementary, Taylor Middle, and Capuchino High Schools.  After studying Italian, art, and architecture in Italy, she graduated from UCLA with Bachelor of Arts in Analysis of Ecosystems/Geography. She swam for UCLA’s Women’s Swim Team.  She is a certified Master Composter, Integrated Pest Management Instructor, Emergency Medical Technician I, Community Emergency Response Team (CERT) member, and she is certified in all Red Cross Disaster courses.  She completed the coursework for the Master of Environmental Science program at the University of San Francisco.

Ann has worked in the Zero Waste field for over 30 years. In the mid-1980s she was part of the team that created the first residential curbside recycling programs in San Mateo County. At Hewlett Packard she started the first commercial recycling program at her division, and went on to become HP’s Governmental Affairs Rep. for solid waste issues. As Chair of the Solid Waste Committee of the Santa Clara County Manufacturing Group (now Silicon Valley Leadership Group), she created the first “Guide to Commercial Recycling” in the United States.

She served as the City of San Jose’s Commercial Recycling Manager, and the Director of Recycling Market Development at the University of California, Santa Cruz (UCSC).  At UCSC’s Business Environmental Assistance Center, she spent over five years working on growing green businesses, greening businesses and creating green based jobs throughout California.  She also created and taught courses in the Integrated Waste Management Certificate Programs for San Jose State University and UCSC. She has served as a Board Member of the California Resource Recovery Association, and the National Construction Material Recycling Association.

In 2006 Ann created the Sierra Club National Zero Waste Committee, emphasizing extended producer responsibility and full circle resource consumption.  In February 2008, the Sierra Club National Board of Directors made sweeping changes in the Club’s policy on waste issues when they adopted the “Zero Waste Policy: Cradle to Cradle Principles for the 21st Century” created by Ann’s committee.

Ann travels extensively, hiking and swimming in the Galapagos Islands, Australia, Tasmania, Nepal, Japan, Thailand, India, and many countries in Europe, as well as visiting family and friends in Canada, Scotland, France and Italy.  She has a goal of staying at all the historic US National Park Lodges.  She enjoys gardening and restoring her family’s almost 100-year-old home.

Anne Oliva was re-elected to the City Council in November of 2018. She was born and raised on the Peninsula and has lived in Millbrae for more than 20 years. Anne, a lifelong Realtor, is the broker/owner of the local real estate office that her father founded in 1959.Her top priorities for Millbrae are protecting private-property rights, ensuring high-quality public safety services, and encouraging increased economic development in Millbrae’s commercial zones.

Anne has been an active member of local, state, and national real estate associations for many years. She has been on the SAMCAR Board of Directors for five years, and is the Immediate-Past President. Anne’s roles with the California Associate of Realtors have included Region 25 Chair and Federal Committee Member, and Board Liaison for Strategic Planning. She also serves as a Federal Coordinator for the National Association of Realtors.

Over her lifetime, she has been involved in the community as a volunteer in formal and informal roles, including stints in PTA, Mills High School Athletics Booster Club, and the Italian-American Women’s Guild.Anne is a local coordinator for the Coats for Kids program. She has been on the Board of Directors for the SAMCAR Foundation (the organization’s charitable arm) for the last four years. In 2010, Anne was awarded SAMCAR’s Community Service Award for her volunteer work. She recently joined the fundraising team for the San Mateo County Historical Association and was named “Rookie of the Year.” And the Silicon Valley Business Journal named Anne a “Woman of Influence” in 2013.

Anne and her husband of 32 years, Jose,have three grown children. She is a graduate of Notre Dame de Namur University in Belmont.

Gina began her professional career as a corporate attorney, but soon moved on to become a Deputy Attorney General for the State of California where she has served the public for 19 years, protecting civil rights, investigating, and litigating on behalf of citizens in cases involving fraudulent use of taxpayer money. Gina was also appointed by the Governor to serve three years as the Deputy Director of a state agency where she managed 150 employees and a $400 million budget. In this role, Gina served on the School Violence Prevention and Response Task Force, the Child Abduction (Amber Alert) Task Force, and a legislative adviser to the High Technology Crime Advisory Committee.

While working on the Council, Gina has continued her commitment to the community. She is a director of John’s Closet, which has provided free, new clothing to more than 13,000 underserved children and remains dedicated to a vision of giving youth the confidence to achieve and families the help they need. She is also a Co-Director the John Papan Memorial Scholarship Fund named in honor of her late brother.

Gina grew up in Millbrae and graduated from Capuchino High School. She earned her Bachelor’s degree at the University of California, Santa Barbara where she studied finance and economics. Gina earned her law degree from University of the Pacific’s McGeorge School of Law, and later completed the Senior Executives in State and Local Government program at Harvard University, Kennedy School of Government.

Wayne Lee was elected to the City Council in 2011 and was re-elected in 2015. He served as Mayor in 2013-2014 and 2018-2019. Prior to his election, Wayne was on the Millbrae Planning Commission for six years, serving as the Commission’s Chair in 2008. Wayne is also an Alternate Representative to the Association of Bay Area Governments (ABAG), a member of the Board of Directors of the Congestion Relief Alliance, a member of the Electrification of Cal Trains Committee, and represents the City of Millbrae on several other regional and county committees.

Wayne, his family, his parents, and sister’s family have lived in Millbrae for the last 28 years. The children attend school in both the Millbrae School District and at St. Dunstan’s Prep School.

Wayne began his public service at the age of thirteen in emergency services with the Civil Air Patrol, an Auxiliary of the United States Air Force, where he rose to the rank of Lt. Colonel. He was also appointed to the Pacifica Youth Commission. During his time as a Youth Commissioner, and through his dedication and the hard work and assistance of others, the Pacifica Youth Center became a reality.

Following his graduation from Berkeley, Wayne began his 28 yearlong career as an environmental engineer in both the private and public sectors. For the past 22 years, Wayne assisted and regulated companies to ensure that they don’t pollute the air, water or land. Wayne is constantly striving to balance the creation and protection of jobs with sound and progressive environmental stewardship.

Wayne is proud to be the founding President of the Millbrae Education Foundation, which, in its first year of operation, did the unheard act of actual raising money to support education. He has volunteered his time as President of the PTA and was a member of the school site council at his son's school. Wayne organized and started the Millbrae Dog Park Committee in an effort to provide the City with an open park for dogs, their owners and all dog lovers. Wayne also volunteers as a Millbrae Lion and Chairs and advises the Millbrae Leos.

Wayne is appreciative, supportive and fully integrated into the volunteer spirit of Millbrae, all of which contributes greatly to the fabric of the community and Millbrae’s wonderfully inviting quality of life.

Wayne firmly believes that government cannot provide for everyone’s needs, but it should – and can – provide the tools with which a community can prosper through a wide variety of initiatives including recreation, safety, social enrichment, youth -oriented and public works programs. Wayne understands the need to create jobs and provide affordable housing for those who want to live in and support the city. To that end, Wayne has been actively working to revitalize and energize the Millbrae economy, which in turn will generate the necessary revenues for these vital city services and the supporting infrastructures.

The Agency Report of Public Official Appointments - FPPC Form 806, can be viewed here.