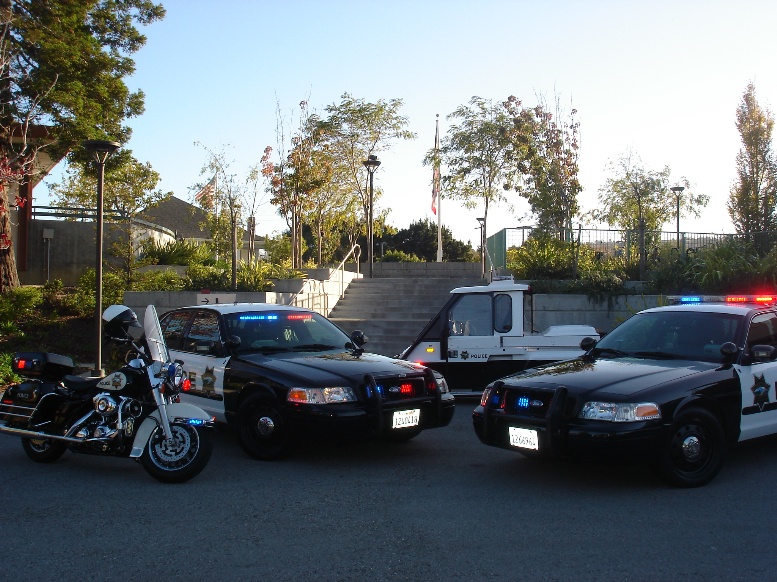 As with any police bureau, the "backbone" is the patrol division. The patrol officers are the most visible arm of local government. Deputies work around the clock and they perform the most vital role of the police bureau. They are expected to handle many types of incidents and provide a variety of services. They are often called upon to make split second decisions which may have a profound effect on people's lives. Deputies with natural aptitude for law enforcement and who display sound common sense make the finest patrol officers.

The City of Millbrae will be staffed with two sworn, uniformed deputies twenty-four hours a day from Sunday through Thursday.  The City is staffed with a third deputy on Fridays and Saturdays from 3:00 pm to 3:00 am.

The deputies provide patrol services to the City of Millbrae that include:

The patrol function of the Millbrae Police Bureau embraces the philosophy that patrolling our streets remains the vital task of ensuring public safety through the proven deterrence of aggressive, intelligent law enforcement. We are proud to be able to say that Millbrae is one of the safest cities in the Bay Area.

This is accomplished, in part, due to:

Patrol officers are expected to accomplish a number of clearly defined objectives while on patrol, some of which are:

Would you like to ride along with an officer on patrol? The Millbrae Police Bureau offers a citizen ride-a-long program for interested members of the community. Anyone who is fourteen years of age or older can sign up to accompany an officer on a normal patrol shift. Those individuals who are not yet eighteen must have their parent's consent. Participants in the program will not be exposed to hazardous situations, but they will be able to experience normal calls for service received by the police bureau as well as the more routine aspects of patrol duty. This is a great opportunity for someone considering a career in law enforcement, seeking an interesting school project, or just wanting to learn something about the police department and the community.

If you are interested in participating in the Ride-A-Long program, you may obtain an application and waiver form at the police bureau. Just complete the form and let us know when the best time is for you to ride. We will try to accommodate your request whenever possible as police staffing and other operational needs allow. We normally schedule a ride-a-long for a four hour period.

Are you going on vacation or will you be gone from your home for an extended period of time? Would you like someone from the police bureau to monitor your house while you're gone? The Millbrae Police Bureau offers a Vacation House Watch program where members of the police bureau are assigned to check on your house while you are away. This includes making sure the outer perimeter of your house is secure and there is nothing unusual on or about the premises. If you would like to participate in this program while you are away, come into the police bureau, call 650-259-2300 or click on the ‘File A Report Online’ and file a ‘Vacation House Watch’ report. We will need some general information about your house, the dates you will be away from home, and who to contact if there is a problem while you are gone.

If you have questions or you would like further information about any of the Patrol programs, call: (650) 259-2300.